The story of
Nornickel Harjavalta
reaches back 60 years

In 60 years of operation, our organisation in Satakunta has developed into a world-class success in our sector, thanks to our modern technology, continuous product development and skilled personnel.

An LNG reception station and storage tank were built in the Suurteollisuuspuisto Industrial Park and the gradual phasing out of heavy fuel oil and SBP gasoline was started.

In 2015-2016 there were significant investments towards increasing production capacity and adapting to the NN Group’s raw materials.

A bio steam plant was constructed in collaboration with Suomen Teollisuuden Energiapalvelut – STEP Oy. The boiler plant partially replaces the use of heavy fuel oil in the Suurteollisuuspuisto Industrial Park’s energy production. 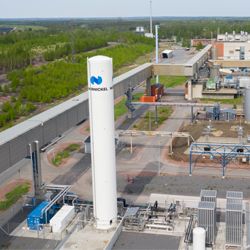 In 2014, the plant began producing cobalt sulphate, according to the customers’ needs, in a new, purpose-built production line.

Investments to decrease environmental risks. The cooling water system was converted into a secondary water system.

A new office and laboratory building was completed in the western part of the Suurteollisuuspuisto Industrial Park in Harjavalta.

In 2008 and 2009, Norilsk Nickel Harjavalta Oy invested heavily in new leaching and solution purification lines as the nickel sulphide from Talvivaara began to be used as a raw material.

Eventually, OMG decided to specialize in cobalt, and sold the company to the Russian Norilsk Nickel Group in spring 2007.

Outokumpu decided to give up its nickel business and sold the Harjavalta plant to the American OM Group. Thus a new company, OMG Harjavalta Nickel Oy, was born. Its first project was the building of a new chemical plant in Harjavalta. Nickel chemicals have been produced in Harjavalta since 2002. 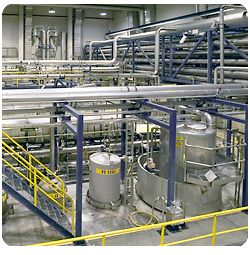 The company decided to focus on its core business – the production of metals. Support functions were outsourced to other companies, creating a completely new, partnership and network based operating model. During the outsourcing process, approximately 350 employees were transferred to the partner companies.

In 1999, the production of metallic nickel had already reached over 50,000 tonnes. 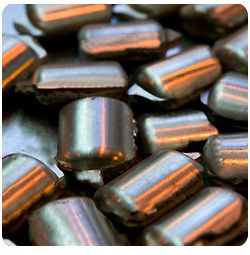 The Harjavalta project, which cost approximately 1.5 billion Finnish marks, was one of the largest investments in the Group’s history. As a result of the project, nickel production was doubled and copper production increased by more than 50% in one year.

Thanks to the Harjavalta project, environmental emissions decreased considerably and the company became one of the most environmentally friendly smelting plants in the world. The new, 140m tall chimney became a visible symbol of the project. 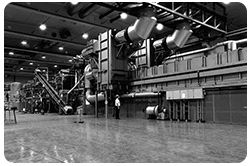 On January 1st, 1990, as part of the corporatization of the Outokumpu Group, the copper and nickel units became a company known as Outokumpu Harjavalta Metals Oy. At the start of the decade, new strategic plans were created in order to expand the nickel and copper production.

The plant’s waste water purification operations were expanded and improved through the construction of a dedicated waste water treatment plant. 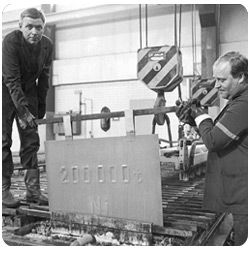 At the beginning of the decade, the plant was again expanded and updated. The nickel production increased even further and a third electrolysis hall was added, making the plant 204 metres long.

Due to the positive development of the nickel market and the good raw material situation, an expansion program was initiated at the turn of the decade: a second electrolysis hall was added, increasing the total number of nickel tanks to 88. The old factory’s length grew from 108 metres to 162 metres. 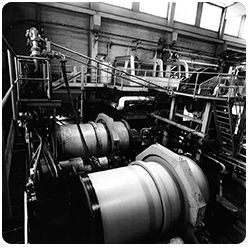 The first control room was completed in 1962. In the early years, the entire production process took place in the same building. The first expansion took place in 1964. After the expansion, the cutting, packaging and storing of the nickel were done in a separate building. 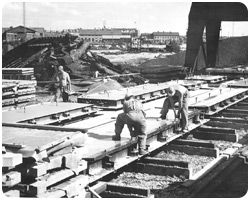 The nickel plant’s topping out ceremony was celebrated in Harjavalta on the 6th of August, 1959. Production in the plant is considered to have started on the 4th of May in 1960, the day that the electrolytic tanks were connected to the electric circuit. This was the first time that nickel began to grow onto the cathodes in a metal form.

As a result of the discovery of the Kotalahti nickel belt in the 1950s, the Outokumpu company decided to open a mine. The decision was made in July 1957. 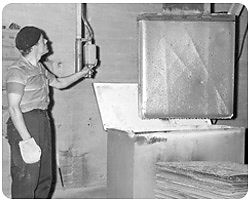